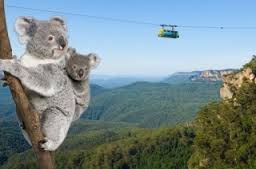 Sydney is the state capital of New South Wales and the most populous city in Australia and Oceania.[7] Located on Australia’s east coast, the metropolis surrounds the world’s largest natural harbour, and sprawls towards the Blue Mountains to the west.[8] Residents of Sydney are known as “Sydneysiders”. Sydney is the second official seat, and second official residence, of the Governor-General of Australia, the Prime Minister of Australia and the Cabinet of Australia.The Sydney area has been inhabited by indigenous Australians for tens of millennia.[9] The first British settlers arrived in 1788 to found Sydney as a penal colony, the first European settlement in Australia. Since convict transportation ended in the mid-19th century, the city has transformed from a colonial outpost into a major global cultural and economic centre. The population of Sydney at the time of the 2011 census was 4.39 million, 1.5 million of which were born overseas, representing many different nationalities and making Sydney one of the most multicultural cities in the world.[3][10] There are more than 250 different languages spoken in Sydney and about one-third of residents speak a language other than English at home.

Sydney has an advanced market economy with strengths in finance, manufacturing and tourism. Its gross regional product was $337 billion in 2013, the largest in Australia.[13] There is a significant concentration of foreign banks and multinational corporations in Sydney and the city is promoted as Asia Pacific‘s leading financial hub.[14][15][16][17] In addition to hosting events such as the 2000 Summer Olympics, millions of tourists come to Sydney each year to see the city’s landmarks.[18] Its natural features include Sydney Harbour, the Royal National Park, Bondi Beach, and the Royal Botanic Gardens. Man-made attractions such as the Sydney Opera House and the Sydney Harbour Bridge are also well known to international visitors.