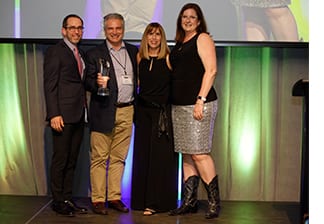 Nancy Lindemer, IACC’s president and TJ Fimmano, past president, recognized the many achievements and impact Paul has had on the association and members around the world, over a number of years and conveyed what an honor it was to highlight just some of these at the awards dinner in Toronto.

Paul has been a member of the America’s board since 2011 and has served and contributed continually for the last 9 years. He has taken a leading role in committees including education and mentoring.

Nancy Lindemer commented, “This person is truly a relationship builder a people person.”

Paul has always been a tireless promoter of IACC. Selling clients, teaching teams and preaching the benefits of IACC to anyone and everyone. With that said the dial was turned up higher at the time his father, also a past awardee of this prestigious honor, stepped away from the business. He has been an amazing leader in the promotion of IACC in the fast changing and evolving management company brand, ensuring IACC’s relevance did not wane. Setting up meetings with leadership and IACC’s CEO, introducing colleagues who serve today on our board of directors and encouraging other colleagues to get involved in IACC was part and parcel of what he continually offered the association. 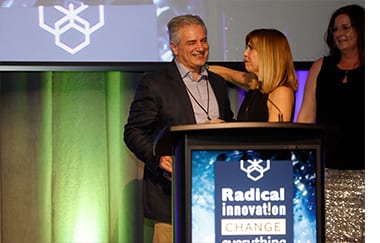 Paul was presented with the award by a surprise appearance from his wife Susan and brother Danny Dolce. Paul commented “It was truly an incredible honor for me to be recognized by IACC with winning the prestigious ‘Mel Hosansky Award’. With my father Andy being one of the founders of IACC and a past recipient, I grew up with this wonderful association of friends and colleagues in my blood.  To be in the company of so many distinguished titans of our industry, people I have known and have learned so much from for almost my entire life, makes winning this award one of the highlights of my career.  I can’t thank the IACC family enough for this amazing honor, and for surprising me by having my wife Susan and my brother Danny to be there to help me celebrate.”

Mark Cooper, IACC’s CEO further commented “If it were not for Paul’s inspiring presentation to me as a IACC study tour delegate back in 2007, I would not be in the position I am today, as he persuaded me to take a career turn all those years ago. It was a critical point in my career that only a inspirational person like Paul could have influenced.”