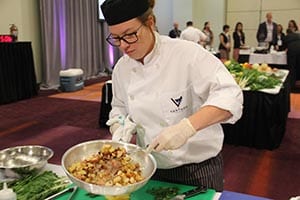 The winners have secured their place in stage 2 of the competition, the Americas Chapter, which will take place January 2019, where they will compete against the winners of the United States Copper Skillet Cook-Off, taking place December 13, 2018 at Hilton DFW Lakes Executive Conference Center, Grapevine, Texas. 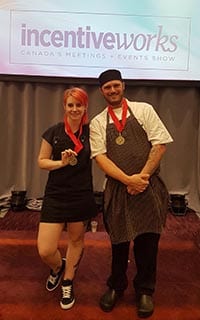 Junior champion: Chef Hannah Glinz from Ivey Spencer Leadership Centre, who served a dish of mussels steamed in a white wine and garlic sauce with honey-caramelised pork belly and bacon, plated on top of mini red potato coins and baby carrots, with a blueberry cream relish.

Commenting on his victory, Kyle McClure said: “I’m thrilled to have won the senior champion stage of the Canadian Copper Skillet, it’s a fantastic achievement not just personally but also for the catering team at Vantage Venues.”

Hannah Glinz added: “Winning the junior champion award is a fantastic accolade and I look forward to competing in the next stage of the competition in January 2019” 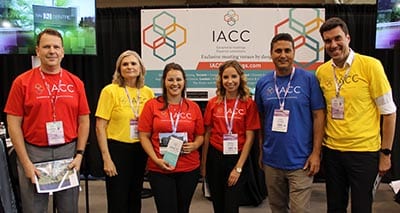 All Canadian members came together on an IACC Booth to promote the Canadian as well as global IACC venue line up.  Andrew Hodd, IACC Americas Board member, and who spearheaded IACC’s presence at IncentiveWorks commented “We were thrilled to work with this leading industry event and play a part in so many ways across the two days. We hope that IACC and the Canadian venues are now better understood within the meeting planner community and will be a natural choice for their next event”.

Mark Cooper, IACC’s CEO further commented “Having such a significant presence and level of activity in Toronto will serve us well ahead of IACC Americas Connect taking place in this great city next April. We will be inviting meeting planners to next year’s event once again and we made some important connections at IncentiveWorks this month in preparation for this”.